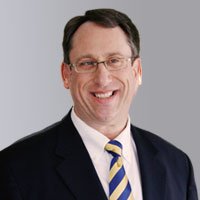 Bob Magil has been an agent since 1988, when he began his career as a Direct Writer with Sentry Insurance. He began as a generalist, but soon focused on working with businesses in six focus markets: metalworkers, plastic and rubber parts molders and formers, electronic components manufacturers, printers, food processors and hard goods retailers/distributors.

In 1998 he earned the CPCU and AU designations.

After becoming an independent agent in 2008, Bob broadened his focus to work with woodworkers, tradesmen, non-profit groups and restaurants.   Bob also serves on the Board of Directors of the Oratorio Society of Minnesota, and enjoys performing with that group. He has a fervent interest in the fine arts, and regularly attends performances at The Guthrie, Orchestra Hall and other venues. He also has an interest in languages, being fluent in Spanish, and 'gets by' in German, Russian and Portuguese.

« Back to Previous Page|Show All Agents »

Ready to get started? Let’s first get some information from you.
Click to fill out our simple form.

Being a certified Trusted Choice agency means that we protect you and offer the best service possible.
Site by D23 Design